Dr Grace Huxford is Senior Lecturer in Modern History. She is a social historian of modern Britain, specializing in the Cold War period and with particular interest in the aftermath of the Second World War and the Korean War. She is an oral historian and currently conducting an oral history of British military communities in Germany (1945-2000). She was recently interviewed on BBC Radio 3 about the project as part of a special programme on post-war Germany, coinciding with the 30th anniversary of the fall of the Berlin Wall – you can listen to the interview here.

Hi Grace, can you start by telling us what you are working on at the moment? What’s the British Bases in Germany project about?

Between 1945 and 2019, Germany was home to many thousands of British service personnel and their families. Initially sent there as a post-war occupation force, the British military quickly became part of the frontline against a possible Soviet invasion. These bases form an important element of Britain’s post-1945 military history, but they were also unique and complex social communities. My project explores the experiences of those who lived and worked on the bases – not just service personnel, but their partners and families, as well as the wide range of support workers, professionals and volunteers who ended up there. My postdoctoral research assistant, Dr Joel Morley, and I interview people as part of this research – we’ve spoken to over 60 people so far with a range of experiences and memories. These interviews will form the foundation of our research and future publications.

I’ve long had an interest in social history of the Cold War and my PhD and postdoctoral research examined the varying responses to the Korean War (1950-3) in Britain, which resulted in my book The Korean War in Britain: Citizenship, Selfhood and Forgetting (2018). The Cold War is such a long conflict, much of it about watching and waiting – no more so than in west Germany, where British and NATO forces trained for an invasion that never came. I was interested in how that situation affected people, from service personnel to their families and civilians on the bases.  I also came across many references to Germany in the material I looked at for my book on Korea: though no units were directly posted from Germany to Korea, I got the sense of how important Germany was for the British military. It was at the centre of a constellation of bases across world that had developed as part of imperial strategy and during the Second World War. Another aim of my research is to examine what living in Germany meant for people other than service personnel too. This is an important area of what is sometimes called Critical Military Studies – acknowledging that the military’s influence stretches far further than the lives of fighting troops alone.

What is the importance of the British bases project today?

Apart from a few remaining units and offices, British Forces in Germany closed its last bases in 2019. It’s therefore a really important moment to analyze their historical significance, as well as the impact Germany had on the British military and understandings of military life. One of the most fascinating aspects (and challenges) of using oral history as a method is that the present context shapes the interview too – so our project explores how people viewed British communities in Germany after the end of the Cold War and closing of the bases as well.

What advice would you give to a student interested in oral history?

Oral history has both practical and theoretical elements – you need to think about both when planning and analyzing interviews. There’s a great deal of helpful advice out there already on oral history: the Oral History Society (UK) has some great advice pages about getting started with oral history interviewing and important ethical and legal issues, like obtaining full consent and thinking about how you will store your eventual interviews. I also really like the Oral History Review’s blog, which has some great articles from oral historians reflected on all sorts of topics like recording equipment and personal dynamics, to suggestions of reading.

I’d also encourage students to think about the time available to them (and to their narrators) and to remember that quantity does not necessarily mean quality. Taking the time to interview one person, to really listen to what they have to say and to analyze their testimony with care can be just as rewarding (both personally and intellectually) as doing a huge number of interviews. Alistair Thomson, for instance, has reflected extensively on his interviews with one First World War veteran, Fred Farrall – to great effect.

On the recommendation of a colleague, I read Elif Batuman’s 2017 novel The Idiot. It’s a semi-autobiographical story of a woman’s first year at university – some very funny and moving parts, but also some interesting reflections on what language means and its limitations. Plus, I fully empathized with the line: ‘what was Cinderella, if not an allegory for the fundamental unhappiness of shoe shopping?’ I hate shoe shopping.

It will still be there in the morning.

Which historical figures would you invite to a fantasy dinner party?

Tough question. I’d probably invite some of the people I came across in my book on the Korean War, particularly some of the British anti-war activists. The Chair of the Stevenage New Town Development Corporation, Dr Monica Felton, was sacked for visiting North Korea during the war, but she always claimed she ‘did it for Stevenage’. I suppose I’d like to ask more about that. I’d also invite some of her critics too though, for balance, including someone called Christine Knowles who worked with the families of British prisoners of war. It would certainly be an interesting evening!

I love the walk along the Avon Gorge to Pill. It’s about 7 miles from the university, across the Suspension Bridge and takes just over two hours. Pack your sandwiches and enjoy the views. Then pop into a pub at the end and get the X4 bus home. And if you’re feeling adventurous you can do the full 23 miles of the Avon path! http://www.riveravontrail.org.uk/ 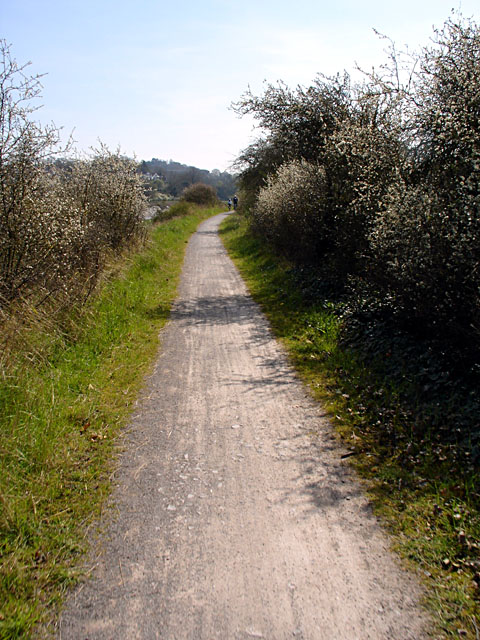 I’m going to be writing up my findings from the British Bases in Germany project – a few articles and a book. I’m also writing/thinking more about the history of military childhood. I’d also like to research more about where I live in Bristol, so need to plan a trip down to Bristol Archives!